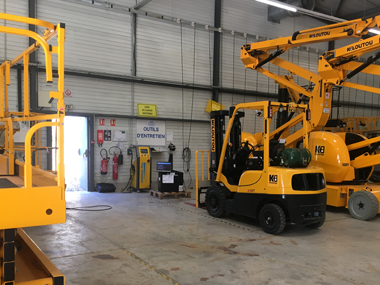 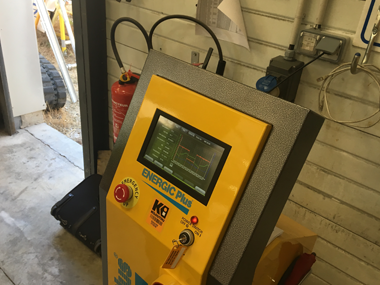 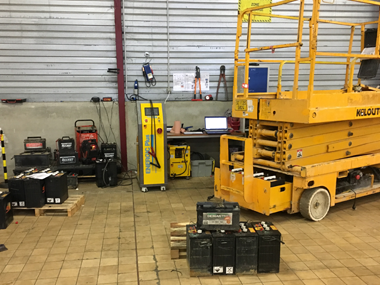 In 2015, Kiloutou listened carefully to Energic Plus' presentation on the regeneration of traction and semi-traction batteries, as well as the economic and qualitative impact that this could have for the Group and its customers.

The management of the French fleet of several thousand lifts and platforms was expecting a simple and precise answer to two major issues:

- How to assess the capacity of the batteries in order to implement a preventive maintenance workshop in order to better meet customer expectations
- How to measure, track and make battery life more reliable

In January 2016, the Kiloutou Group tested the Energic Plus battery regenerator in several agencies in western France. Subsequently, a strategic reflection process regarding battery management was launched within the Group, i.e. through the gradual integration of regeneration as a major tool in the management of the MEWP fleet and its preventive maintenance.

In January 2017, after a year of testing, there were 39 regenerators and several discharge testers deployed in France.

Training was provided to Kiloutou operators and a follow-up programme was set up in coordination with the agencies, the regional technical centres, the Materials Department and, of course, Energic Plus.

In the course of 2017, the experience feedback was very satisfactory. On the one hand, the volume of batteries that needed replacement had dropped and, on the other hand, the reliability of the lifts autonomy had increased. In addition, customer complaints regarding insufficient autonomy were fewer and the general battery fleet was tracked. Finally, the number of material exchanges due to insufficient autonomy was decreasing.

In 2018, thanks to an implementation performed in line with Kiloutou's expectations, it was decided to globalise the equipment of the agencies with Energic Plus regenerators. Consequently, 41 additional regenerators have been deployed in France.

That same year, Kiloutou Poland wanted to endow itself with a battery reconditioner, so as to follow the French example.

2019 has just begun and 2 new regenerators have already reinforced the existing fleet of France, and 8 others have been brought into use in Poland.

It is a matter of great pride for the Energic Plus and TVH team to support the Kiloutou Group in this key energy issue, at a time when preventive maintenance and the environmental impact of the industry are becoming the pillars of the economy.

The results achieved and the user-friendly character of these regenerators have enabled an even larger deployment for a better quality of the fleet, higher customer satisfaction, a significant step forward  for the environment and savings on the purchases of batteries.

Thank you all so much!