We offer a complete range of industrial battery chargers that provide outstanding reliability and performance with traction batteries of all types (flooded or sealed lead-acid, gel-cell, Ni-Zn), used on any type of vehicle or portable equipment.

Why choose a high-frequency charger instead of a conventional charger?Calculate your profit here! 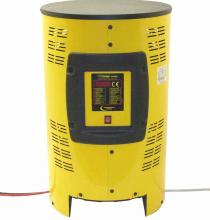 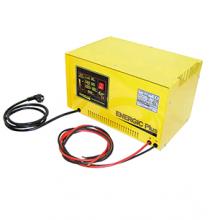 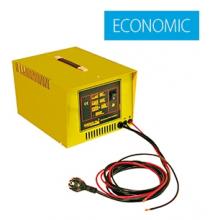 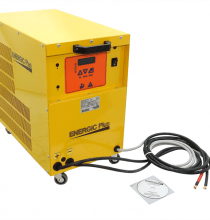 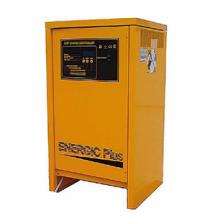 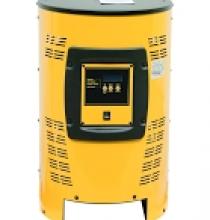 What is a traction battery?

Traction batteries have thicker plates and the active material has a different composition because of the cyclic charge.

Traction batteries are used for applications that regularly require deep discharges and where the battery is recharged almost daily. These batteries were designed in such a way that they can be discharged for up to 80% and be fully recharged afterwards without sustaining any damage. The maximum temperature of a wet traction battery is 50°C.

Since the weight of this type of battery can be quite high, depending on the voltage and the capacity of the battery, it is also used as a counterweight.

Composition of a traction battery

A battery is composed of different cells with a tension of approximately 2,12 Volts. Higher voltages are obtained when these cells are connected in series. A 6V battery has 3 cells, a 12V battery has 6 cells. To recharge a battery, an external source has to raise the cell voltage above 2,12 Volts.

Traction batteries can only be charged by means of a charger with specifications stipulated by the battery manufacturer. By using an incorrect charger you can seriously damage your battery, thus reducing its life span.

It is important to know that, in order to use your lead-acid battery optimally, it is best to always discharge it for 80% and then fully recharge it. Intermediate charges are not allowed. Discharging the battery more than 80% will damage it substantially. Repeatedly discharging it less than 80% will shorten the life span of your battery.

Chargers exist in a variety of sizes and colors, but there are two main types of chargers: the conventional and the high-frequency chargers. Certain chargers have extra functions such as an equalization or maintenance charge or other options. A vital option is a temperature sensor! You can often also set a charge curve.